Robert Juliat has developed a new long-throw 800W LED followspot capable of matching the lumen output of an HMI 2500W Aramis followspot at similar angles. Thanks to its powerful LED engine, very narrow beam angle and long-throw capability, Arthur ensures invincible performances with a minimum output of 2000 lux at a distance of 40m (200fc at 130 ft), while offering premium light quality with a high CRI (>90) - an essential feature for a followspot whose main role is to shine a light on performers and showcase them in sublime fashion. With the choice of several ventilation modes, Arthur’s sound level is much quieter than any of its discharge rivals; it can be operated as easily in opera houses as on concerts. 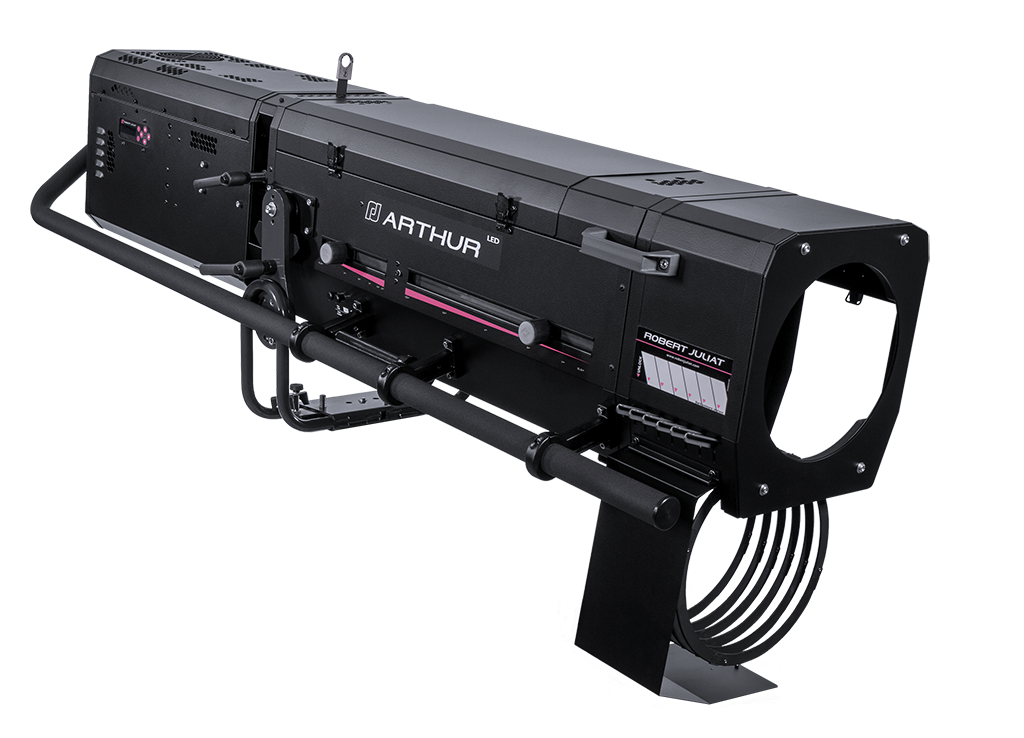